After having dealt with all the enemies outside the pyramid, Mekkatorque decides to blast us a way inside. We find ourselves in the treasure room of Dazar'alor. A place we visited once before to steal the Abyssal Scepter back. Interesting as a fight concept with trap rooms and Golem adds that need to drop in health equally fast. The treasury concept goes further with the ability to loot specific gems that grant certain boons. Once you have dealth with the adds and all the various trap rooms the raid gets back together in the central treasure room and fight an animated gold pile. At this stage the fight largely boils down to killing an array of small adds in time but Opulence himself didn't prove that much of a hurdle. 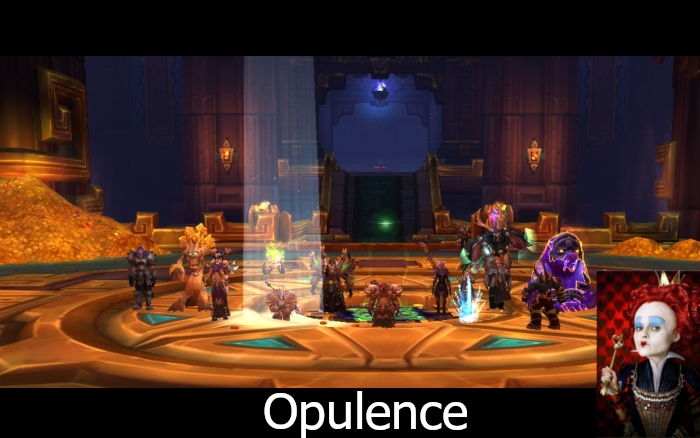