Our next hurdle in the battle of Dazar'alor was the conclave of the chosen. A council type-ish fight that draws from several loa that the zandalari worship. A fight that progresses in difficulty as you kill more council members as more mechanics get activated that remain firing throughout the course of the fight. Especially around the time of killing the 3rd loa aspect the fight just feels hectic with abilities and wrath spells firing one after another. Struggling with timing first, which is crucial for this fight, as you want to limit the amount of deadly overlap as much as possible. We eventually managed to get the timing down. Once we overcame the hurdle of killing the 3rd loa aspect in all the frenzy of abilities we were on the home stretch and soon after the conclave fell. 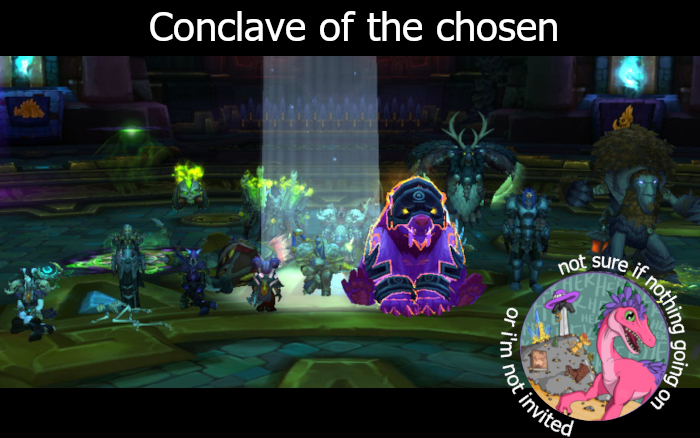