In our new horde memory forms we had to suddenly face alliance NPC's and bosses. First up: our beloved Gelbin Mekkatorque who proved to be more than a handful. Exploding sheep, graviton debuffs, living bombs that give you and anyone in line of sight a dot that makes you wish you were dead and a sweet minigame of shouting out colors to colorblind people. We struggled quite a bit with progression on the fight which mostly had to do with the tuning and seemingly RNG from hell. Standing out of LOS while getting targetted by buster cannon is never a good thing nor is having clockwork robots spawn in china. That said once we managed to get into the second phase with everyone up we started to make some leeway. Delaying our heroism slightly more proved to be the icing on the cake as we managed to topple Mekkatorque. He's not dead by the way hordies 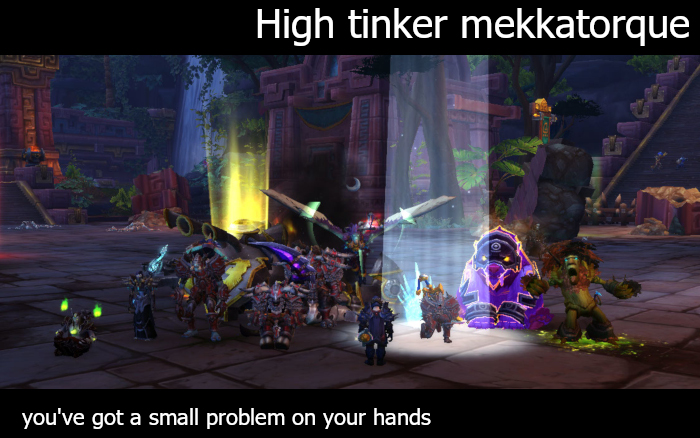