Uu'nat harbinger of the void

Uu'nat harbinger of the void

The final boss squeezed into 8.1 is a naga on steroids. The Uu'nat fight is quite a complex fight as there really is not a cut and dry tactic how he is defeated. Having issues at the start to even push him into the first intermission at the proper time eventually this sorted itself out and oh boy if you think timing is not important on this fight it all revolved around timing. Using a relic or swapping targets too soon or too late has a huge impact and basically sets you up for failure and a wipe. After rethinking our relic usage we settled on something that worked for us to get us into the last phase reliably. And so after much work and many wipes the last phase surely is just some pew pew... in cometh the vampires. The sheer volume of vampire players meant we were just reaching a wall at around 8% or the 3rd beam set.

Rethinking our positioning again so we could stand still more gained us a few more % but still a ways of a kill. A few tries later we managed to remain alive for long enough that when eventually single vampires died (alleviating the healing pressure on the non vampires) we were over the hump and managed to bring Uu'nat down. According to blizzard he is fine but I could swear those nerf bats onto restless cabal are off the mark and need to hit Uu'nat some more. 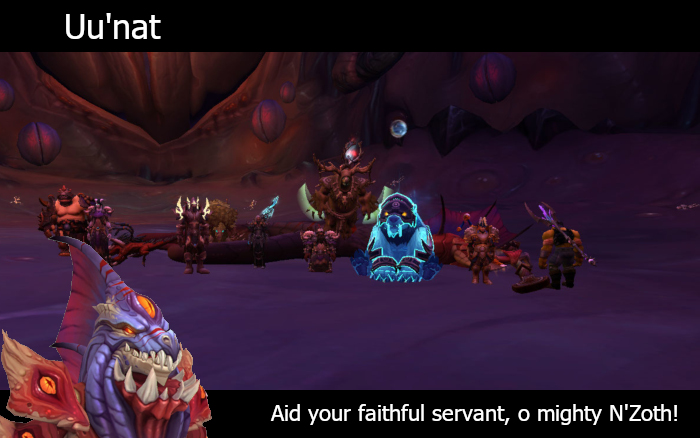