A council type fight with independent health on the bosses. While the bosses mechanically are pretty straightforward and not that huge of an issue to deal with. Queen Azshara issues out some decrees which complicates things a tad. Ordering you soak certain pools, or to not stand near other people, preventing you from receiving healing etc Azshara enjoys the schadenfreude. The fight progressed fine until mechanics were heavily clashing with one another. Mostly this was dealing with deferred sentence while we needed to be grouped inside the bubble and a spark was firing off. Once we managed to unsync the spark we pushed on. It proved to be the major hump as further clashes were only dealing with the Form ranks decree being active while charges needed to be split soaked. Soon after the queen's court was no more, good riddance High botanist Tel'arn smirked. 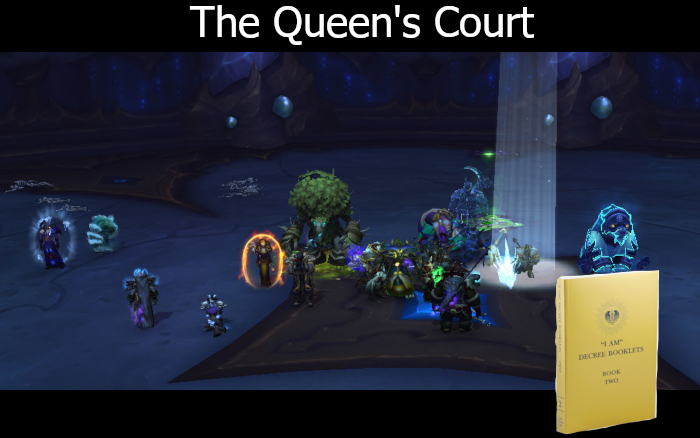